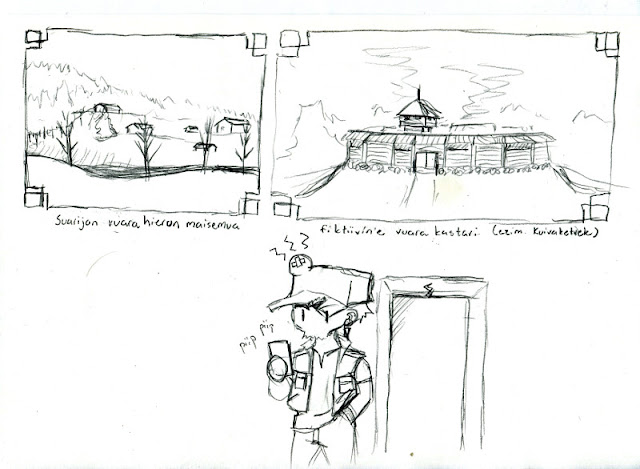 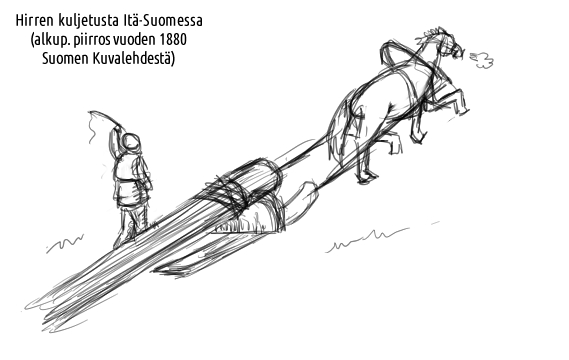 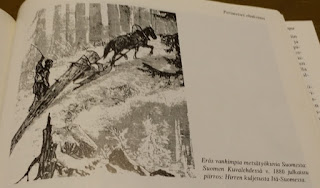 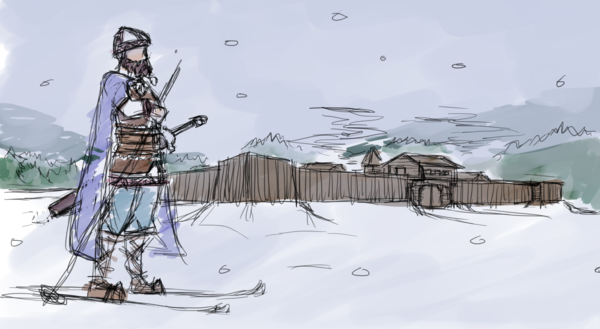 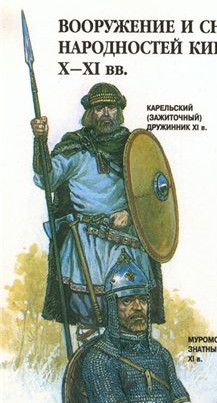 
"There's medieval source from about Carelians to be found in Dublin university (as referenced by Finnish historian Klinge, 1983) it refers Carelians as "savages who are scared of every foreigner they encounter, and hide back to forest whenever they see one".

I am very skeptical over the idea of "rich Carelian warriors", the whole concept is most likely a product of national romanticism."  - 2010-03-04 PeterThaGreat http://www.forumbiodiversity.com/showthread.php/3273-Finnic-medieval-warriors 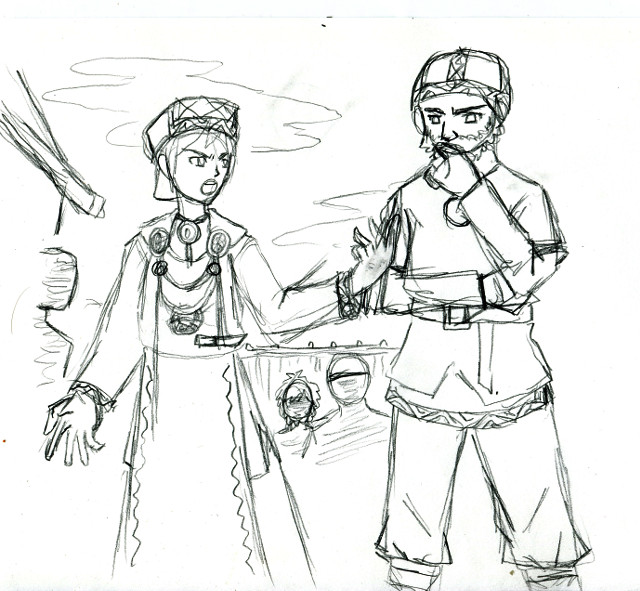 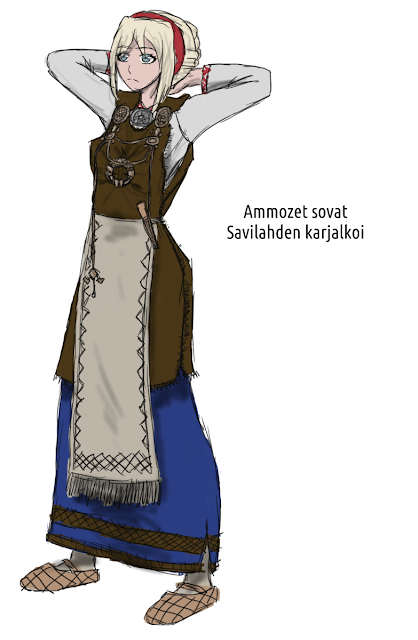 Viking Age Finland is a topic which is rarely discussed when talking about Finnish history. In schools, pupils learn next to nothing about pre-Medieval Finnish society. Also, historians have been rather reluctant to deal with the topic in-depth in recent years, and so very few works have emerged. It is almost as if it were taboo. Before the Second World War, the nationalistic fervour in newly independent Finland encouraged many historians and researchers of the time to draw some rather hasty conclusions, which most certainly were biased in favour of making Finnish history somewhat more glorious than what it in actual fact may have been. After the Second World War, anything which would have compromised good relations with the USSR was forbidden by an “unspoken rule” of sorts, and the pre-war nationalism died down. Ever since, historians have avoided the subject, perhaps fearing to lose their credibility as a “nationalist historian” in the eyes of their colleagues and in the eyes of the public. Nevertheless, some excellent works, if rather careful and few in numbers, have emerged over time. They have not attracted much attention, however, and the subject has lived in a deep slumber for decades. The general public has shown little to no interest in the subject in recent years, and the pre-war notion of “nationalist history” still exists, which is not lessened by a wave of new nationalist “internet” historians, who are now able to publish some of the most outrageous theories. As someone tremendously interested in the period, I have become something of a self-educated “amateur-historian” on the subject, by obtaining as much literature on the topic as possible. I continue to go on with my research, and this essay is only meant to give an insight into what I have come to believe that Viking-age Finland must have looked like. I am most open to discuss the subject with anyone who has feedback, complains or corrections to make. I have attempted to remain as unbiased as humanly possible and to remain objective in my research. I am not on a crusade to prove a point, I simply want to shed light on a topic, which has been in the dark for most.

Eastern Finland, areas which traditionally are associated with Karelians, i.e. The N.E shores of the Gulf of Finland and the western, southern and northern shores of Lake Ladoga, remained fairly quiet until the Merovingian period. The finds from that period are culturally in the Western Finnish Cultural Group, and therefore it is assumed, that there was an influx of inhabitants into the area from western Finland, although it cannot be proved nor can the origin of the objects be determined. Since the early Viking age, Swedish merchants (Varyags), looking for new trade routes in a troubled Europe, showed an interest in the area. Trade colonies were established at Staraja Ladoga south of Ladoga, known as Aldeigjuborg in the Sagas as well as Novgorod, which was to become a dominating power in Russia later on. Staraja Ladoga was inhabited by a Finnic people since the Merovingian period. The relations between the Swedish merchants and the local population seem to have been more or less peaceful, and the locals were subject to cultural influence from the Swedish settlements as well as Sweden itself.


2.2 The Birth of Karelian Culture and Karelia from the Viking age to the Crusades

It has been commonly assumed, that the population around Lake Ladoga (Laatokan Karjala) was more or less homogenous until the differences in influx of cultural influences from outside sources formed distinctions between populations. There were 3 main sources of these influnces: Western Finnish, Scandinavian (Swedish) and Novgorodian. It was this influx of cultural influence, that when mingled together, gave birth to a distinguishable Karelian Culture, which separated it from the Western Finnish Culture. By the turn of the millennium, an independent Karelian had emerged.

Karelia was something of a late-comer to the Viking world, but it would flourish as perhaps the most influential of the Finnic tribes of north of the Gulf of Finland. The heart-lands of Karelian culture were the regions around Lake Ladoga, especially the western shore and Käkisalmi, which was perhaps the most important Karelian settlement. The potency of Karelian culture can be seen in its attempts to expand beyond its original borders. Karelian culture made its way south, west and as well as east. Finds pointing to strong Karelian influence have been found as far as in Tavastia in the west, and Ingria also shows clear signs of belonging to the Karelian culture. The Karelians also moved into Savo, a previously scarcely inhabited area in central-east Finland. Savo is thought to have possessed important intersections of trade routes, both land and water ways. In the 900's, Savo was more Western in, judging by the archaeological discoveries made there, but by 1200 it was clearly Karelian in culture.


2.3 Trade and the case of Bjarmia/Perm

As the eastern trade routes increased in importance, so did the favourability of the position of the Karelian Culture. It seems evident, that the Karelians thrived from the eastern trade, and that they grew wealthy from it. As Novgorod began to become a major power in the region, it seems that Novgorod and Karelia became allies. Once again, the difference between alliance and vassalization is not always clear, but Karelia did not pay tribute to Novgorod by the mid-12th century, so it can be assumed, that they were independent. As a part of trading, the Karelians are assumed to have quite actively hunted for furs and taxed the Sámi population of the north. They are mentioned in the Viking Sagas as having been active in the north, and to have clashed with the Kvens and the Norwegians. Another centre of trade might have been Bjarmia or Perm, but very little is known for certain about it. The Viking Sagas mention it as a major place of trade, and many other historical sources mention as well, but it is impossible to say anything for certain about it, as its exact location has not been found, but it thought to be on the coast of the White Sea. One theory suggests, that "Bjarmian" did not refer to a people as such, but to a trade: merchants. This theory is argued by Kustaa Vilkuna, and it is supported by the fact, that there are said to have existed two Bjarmias. One around the south shores of Lake Ladoga, and one in Viena Karelia. Also, the Veps are supposed to have used the term "Bjarmian" for some merchants up to relatively recent times. However, as evidence is scarce, it leaves much room for guessing and speculation. I personally think that Bjarmia was a Karelian settlement, or may be a large market place, with settlements further away (as was the custom on unsafe shores). There are simply too many mentions of it in historical documents, even such details as what gods the Bjarms are supposed to have worshipped. One particular god which comes up is 'Jomali' or 'jomala', which is undoubtedly a Finnic god. The vast majority of historians agree, that the Bjarmians most certainly were a Finnic people, probably Karelians. The name Bjarmia is most likely a distorted Scandinavian form of the name "Perm" which is present in many of the local place names in the region. Perm again might come from "Perä-Maa" bening "Back land" or the "Country Beyond". The origin of the name however is uncertain, and cannot be known for sure. References to Bjarmia vanish around the Mongol invasions of Russia, and it is thought that this is one of the reason for the destruction of Bjarmia. Norwegian Sagas record, that many Bjarmians escaped to Norway.

As far as political organisation in late pre-historic Karelia is concerned, it would seem, that as Karelia grew in wealth it also grew in organization. The surroundings of Käkisalmi is quite heavily fortified, with over 20 hill-forts dotting the western shores of Lake Ladoga. As is the case with Tavastians, those forts had to be manned and kept in condition. As is the case with the Tavastians, however, the large number and small distance between the forts can also be interpreted as a very splintered and weakly organized community. A comparison has been made to the Celts of the Classical times, disorganized between themselves, and therefore unable to counter outside pressure effectively.

Also, the Novgorodian Chronicles often refer to their Karelian allies, and they remain as 'allies' all the way until 1269, when Novgorod is thought to have strengthened their grip on Karelia. So, if the Karelians were independent from Novgorod, as it would seem, and yet they provided man power to go on raids into Tavastia and to fight western Finnic invaders as well as the expansionist Swedes, it can be assumed, that some sort of governing body decided to provide this man power, unless the men joined out completely free will (most probably some did in the hope of war booty). The coordination does hint at some greater decision-making body of some sort, although the archaeological finds say nothing about this. I personally believe, that Karelia was indeed beginning to form into a united entity, at least the Käkisalmi region down to the isthmus, but that this development was cut short by the expansionist Swedes and Novgorodians, who over-whelmed the Karelians stuck between a rock and a hard place. Karelia did regain temporary freedom from Novgorod again in 1278, when the city was suffering from internal strife, and taking advantage of this, the Karelians are told to have rebelled. This freedom was short-lived, however


Trade Routes and their Significance in the Christianization of Karelia
klo tammikuuta 23, 2017 Ei kommentteja: 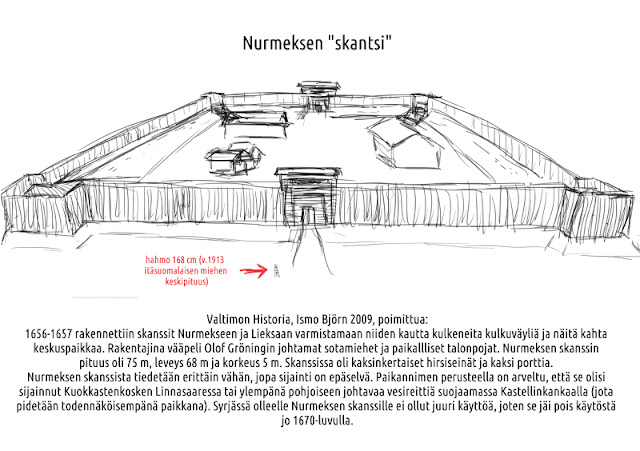 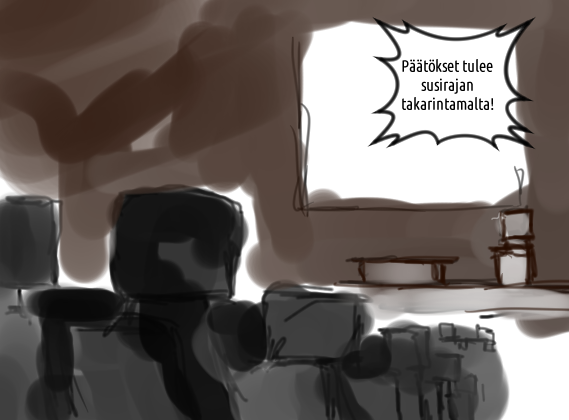 Anachronistic painting - The Battle on the Ice

I did research about Nougora (Novgorod in karelian) and... 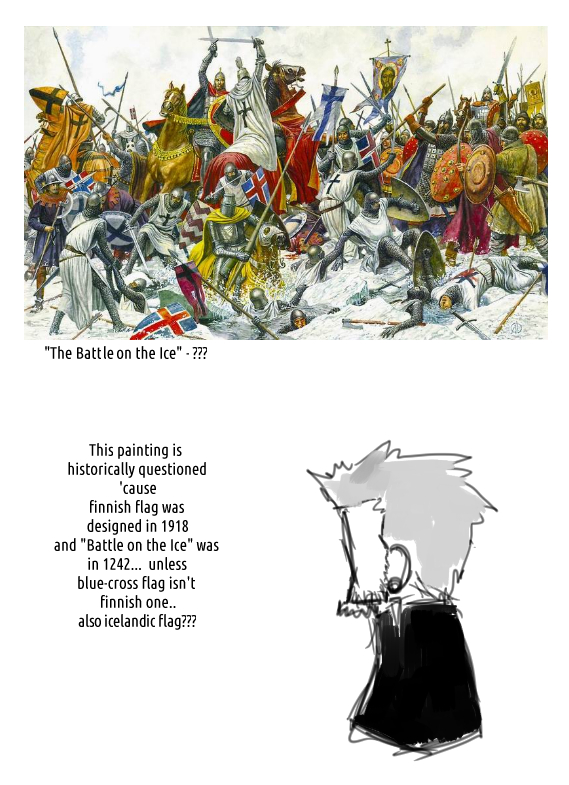 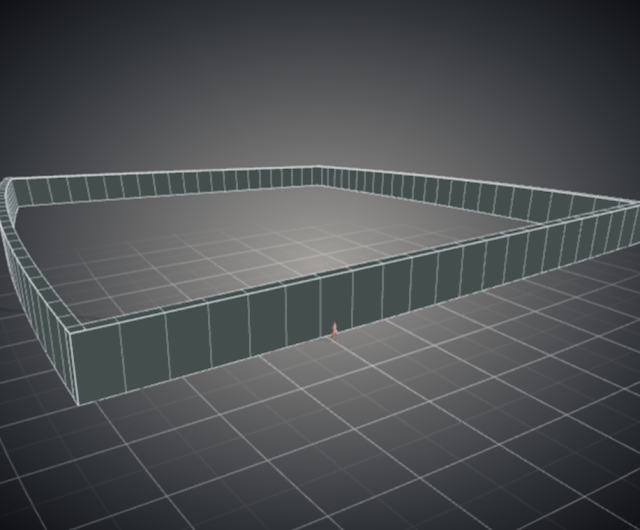 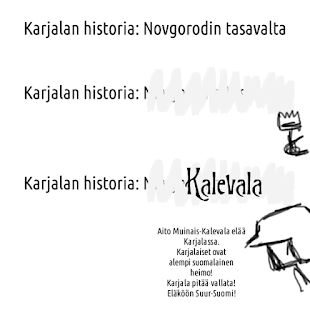 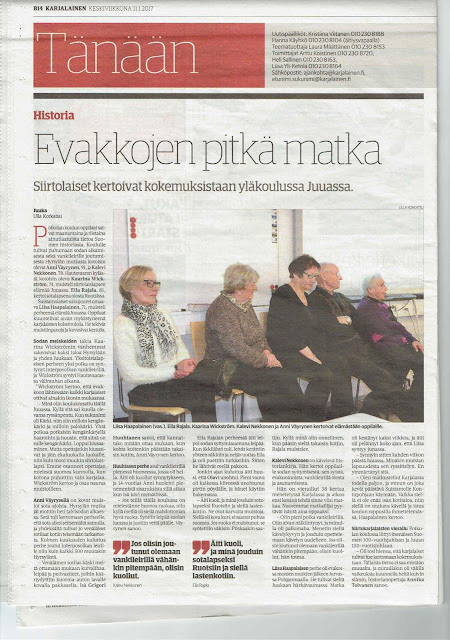 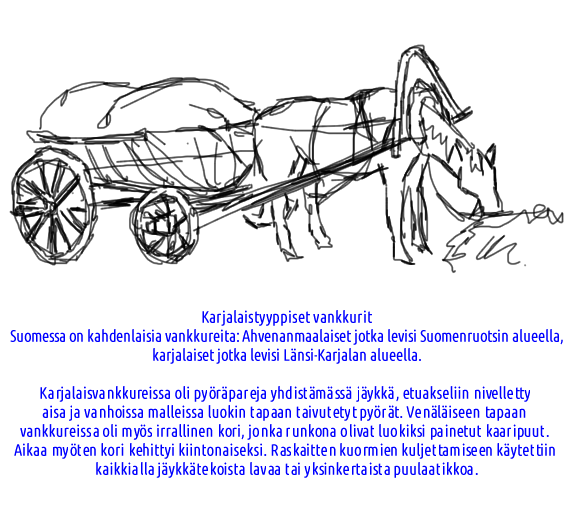 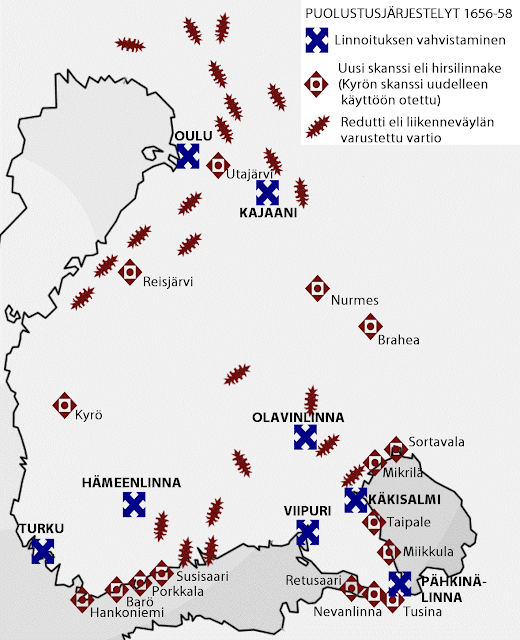 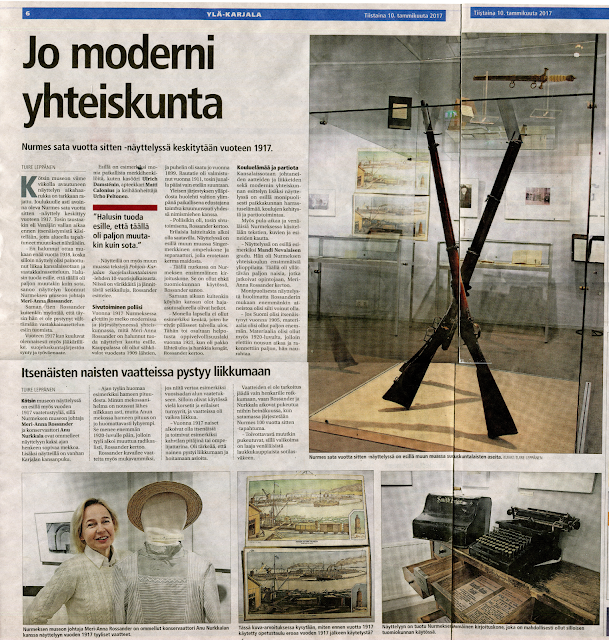 Karelia’s travel in forms of government 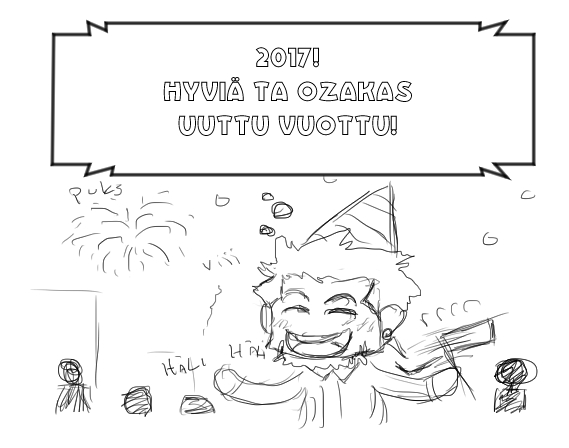 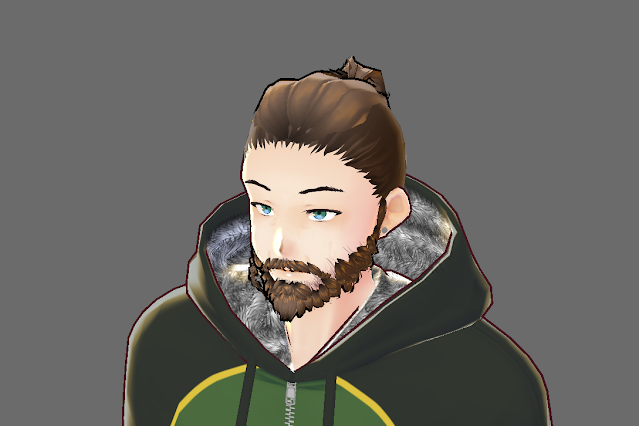